It is a bit difficult to visualize different dimensions. Because we are in the third dimension, we have to visualize other dimensions relative to another dimension. For example, our first model is a 1 dimensional model of sound (a line or wave), visualized in the second dimension (on a square plane). Yet what they show bares striking similarity to what mystics and those in the psychedelic experience have seen for thousands of years. Enjoy these computer models of how waveform’s work. You can play with them, and  many more here: https://www.ibiblio.org/e-notes

These, as I said, are 1 Dimensional Waves, visualized in a 2 Dimensional space. Whenever they hit the walls or each other, they create harmonics or new frequencies. The kaleidoscopic pattern is familiar to anyone has undergone the psychedelic experience.

Next we have 2 Dimensional Waves, visualized in a 3 Dimensional environment. You can imagine this like dropping a pebble into a pond and watching that water ripple. If you’ve ever seen Cymatics or playing music through water, it looks like this. One a fun thing for anyone who has ever used Ableton, Pro Tools, Logic, Fruity Loop, or any other DAW:

When I turn this model on it’s side, that’s what you see when you see sound on a computer (as a waveform)

We can also see what it looks like when the source of the sound is in a different part of the square.

(These are my favorite)

I think these are very similar to the Net of Being by Alex Grey. I find it interesting that a mystic might see the same thing as a scientific computer model. 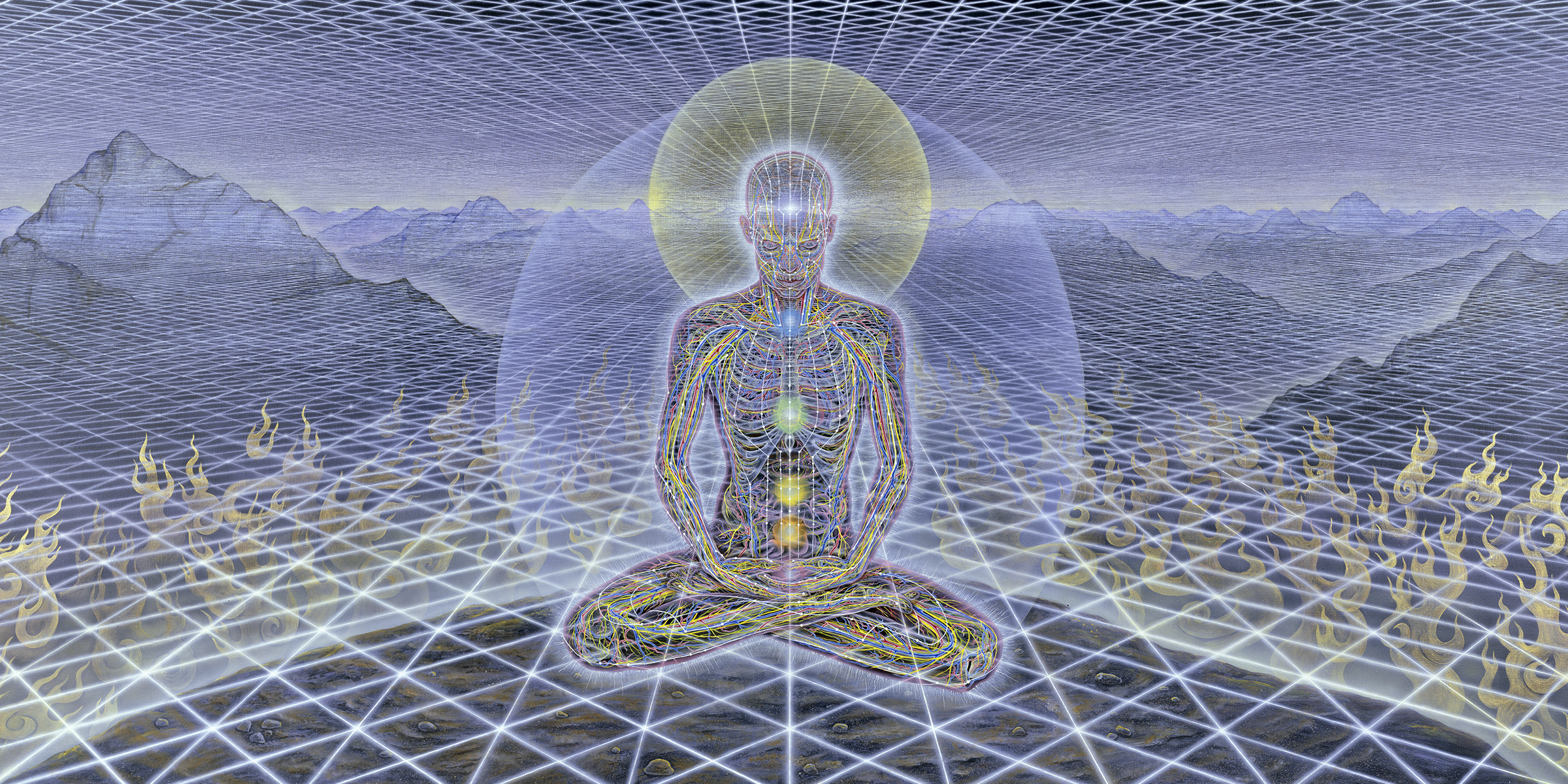